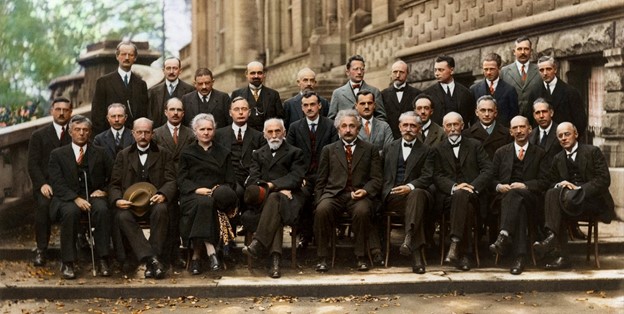 [Editor’s note: “The Explosive Quantum Computing Stock to Save the World” was previously published in March 2022. It has since been updated to include the most relevant information available.]

I’m a history junkie. So, let me start by sharing an interesting story from history that I bet a lot of you have never heard before. Interestingly enough, it could be the key enabling you to make money in this tough market.

Back in October of 1927, the world’s leading scientists descended upon Brussels for the fifth Solvay Conference. It was an exclusive, invite-only conference dedicated to discussing and solving the outstanding preeminent quandaries in physics and chemistry.

In attendance were scientists that we praise today as the brightest minds in the history of mankind.

Albert Einstein was there. So it was Erwin Schrodinger, who devised the famous Schrodinger’s cat experiment. Not to mention Werner Heisenberg, the man behind the world-changing Heisenberg uncertainty principle, and Marie Curie. Max Born. Neils Bohr. Max Planck.

These are the minds that collectively created the scientific foundation upon which the modern world is built.

And yet, when they all descended upon Brussels nearly 94 years ago, they got stumped… by one concept. For nearly a century, that one concept has remained the elusive key to unlocking mankind’s full potential.

And now, for the first time ever, it’s turning into a disruptive reality via a breakthrough technology that will change the world as we know it, and potentially even save it from a global war.

So, what exactly were Einstein, Schrodinger, Heisenberg, and the rest of the Nobel Laureates talking about in Brussels back in 1927?

Now, to be clear, quantum mechanics is a complex topic that would require 500 pages to fully explain. But here’s my best attempt at a 500-word Cliff’s Notes version instead.

For centuries, scientists have developed, tested, and validated the laws of the physical world, known as classical mechanics. These laws scientifically explain how things work, why they work, where they come from, so on and so forth.

But JJ Thomson’s discovery of the electron in 1897 unveiled a new, subatomic world of super-small things that did not obey the laws of classical mechanics. Instead, they obeyed their own set of rules, which have since become known as quantum mechanics.

The rules of quantum mechanics differ from that of classical mechanics in two very weird, almost-magical ways.

First, in classical mechanics, objects are in one place at one time. For example, you are either at the store or at home, but not both.

But in quantum mechanics, subatomic particles can theoretically exist in multiple places at once before they are observed. A single subatomic particle can exist in point A and point B at the same time until we observe it. At that point, it only exists at either point A or point B.

So, a subatomic particle’s true “location” is some combination of all its possible locations.

This is called quantum superposition.

Second, in classical mechanics, objects can only “work” with things that are also “real.” Indeed, you can’t use your imaginary friend to help move the couch. You need your real friend to help you.

This is called quantum entanglement.

In a nutshell, that is the scientific breakthrough that stumped Einstein & Co. back in the early 1900s.

It goes against everything classical mechanics had taught us about the world. It goes against common sense. But it’s true. It’s real. And now, for the first time ever, we are leaning how to harness this unique phenomenon to change everything about everything…

Mark my words. Quantum mechanics will change the world over the next few years. And some investors are going to make a lot of money.

Quantum Computing Will Change the World

The study of quantum theory has made huge advancements over the past century, especially so over the past decade. Scientists at leading technology companies have started to figure out how to harness the powers of quantum mechanics to make a new generation of super quantum computers. These are infinitely faster and more powerful than even today’s fastest supercomputers.

Again, the physics behind quantum computing is highly complex, but here’s my Cliff’s Notes version.

Today’s computers are built on top of the laws of classical mechanics. That is, they store information on bitswhich store data binarily as either “1” or “0.”

But what if you could harness the power of quantum mechanics to turn those classical bits into quantum bits — qubits — that can leverage superpositioning to be both “1” and “0” data stores at the same time?

Even further, what if you could take those qubits and leverage entanglement to get all the multi-state bits to work together to solve complex dilemmas?

Theoretically, you would create a machine with so much computational power that it would make even today’s most advanced supercomputers seem ancient.

And in fact, Haim Israel, head of global thematic investing research at BofA, believes quantum computing could spark “a revolution for humanity bigger than fire, bigger than the wheel.“ 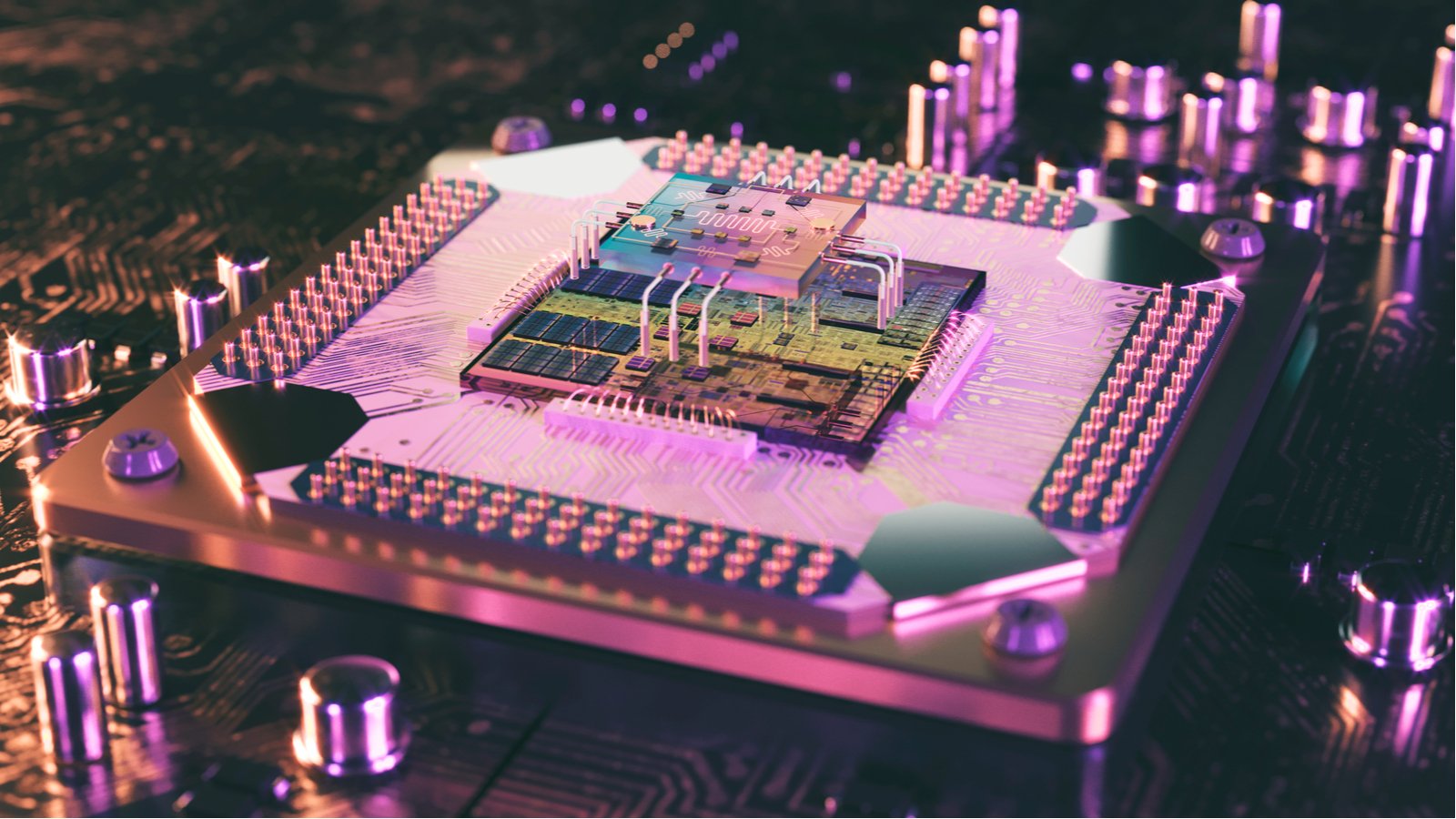 Google has built a quantum computer that’s about 158 million times faster than the world’s fastest supercomputer.

We could eradicate disease. We already have tools like gene editing. But its effectiveness relies on the robustness of the underlying computing capacity to identify, target, insert, cut, and repair genes. Insert quantum computing capacity, and all that happens without error in seconds — allowing us to fix anything about anyone.

We could finally have that million-mile EV. We can only improve batteries if we can test them. And we can only test them in the real world so much. Therefore, the key to unlocking a million-mile battery is through simulation. And the quickness and effectiveness of simulations rest upon the robustness of underlying computing capacity. Make that capacity 158 million times bigger, and cellular simulation will happen 158 million times faster.

But so are the risks…

But quantum computers — 158 million times faster than today’s classical computers — will be able to solve those math problems in the blink of an eye. Therefore, quantum computing threatens to obsolete mathematics-based cryptography as we know it. And that will compromise the bulk of the world’s modern cybersecurity systems.

Insiders call this the “Quantum Threat.” It’s a huge deal. When the Quantum Threat arrives, no digital data will be safe.

Back in 2019, computer scientists believed the Quantum Threat to be a distant threat — something that may happen by 2035. However, since then, rapid advancements in quantum computing capability have considerably moved up that timeline. Today, many experts believe the Quantum Threat will arrive between 2025 to 2030.

That means the world needs to start investing in quantum-proof encryption today. And that’s why, from an investment perspective, we believe quantum encryption stocks will be among the market’s biggest winners in the 2020s.

The global information security market is tracking towards $300 billion. And that entire market will have to inevitably shift towards quantum encryption by 2030. Therefore, we’re talking about the creation of a $300 billion market to save the planet from a security meltdown.

And at the epicenter of this multi-hundred-billion-dollar, planet-saving megatrend is one tiny startup That’s pioneering the single most robust quantum encryption technology platform that the world has ever seen.

The Final Word on Quantum Computing

This company is working with the US government, the UK government, and various other defense and intelligence agencies to finalize its breakthrough technology platform. The firm plans to globally launch the quantum encryption system in 2023.

Trust me. This is a stock pick you are not going to want to miss. It may be the single most promising investment opportunity I’ve come across over the past few years.

And with a war raging on in Europe for the first time since World War II, the economic and political importance of this stock has never been bigger.

Gain access to that stock pick — and a full portfolio of other potential 10X tech stock picks for the 2020s.

On the date of publication, Luke Lango did not have (either directly or indirectly) any positions in the securities mentioned in this article.