This year’s Red Hat Summit gathering in early May provided an opportunity to step back from the enterprise computing treadmill and assess the long-term implications of where network innovation is headed.

Along with news surrounding an edge platform opportunity with General Motors Corp. and the latest release of Red Hat Enterprise Linux, this year’s gathering in Boston offered a glimpse into the computing future.

Through SiliconANGLE’s exclusive onsite coverage of the Summit and a closer analysis of multiple interviews with Red Hat Inc. thought leaders over the past two years on the CUBE, a clearer picture emerges. Three major areas that are high on the priority list for the company’s top executives: building platforms for managed services, the open hybrid cloud and quantum computing.

These areas are being driven by Red Hat’s long-term commitment to the open-source community. Open source remains the company’s wellspring, and Red Hat pays close attention to which way the water flows.

“For us, when you see open-source projects, they definitely get to a critical mass where you have so much contribution, so much innovation there, they’re going to be able to follow the trends pretty well,” Matt Hicks, the newly appointed chief executive of Red Hat, said in an interview with the CUBE analysts. “That’s been our model, though; it’s to find those projects, be influential in them, be able to drive value in lifecycles.”

One project that Red Hat fully supports involves providing services for the managed cloud. The company announced a number of offerings in this area during its Summit event in 2021, and it has continued to build on those with OpenShift as the foundation.

The managed cloud is generally defined as a suite of services with partial or complete management of cloud resources. The new managed cloud services portfolio that Red Hat announced last year meant that OpenShift was now available on all of the major cloud provider platforms.

To further its managed cloud vision, Red Hat launched OpenShift Streams for Apache Kafka, an add-on for OpenShift Dedicated called API Management Service, and OpenShift Data Science. The key behind the company’s managed cloud strategy is to provide enterprises with an ability to control the flow of data across different environments. 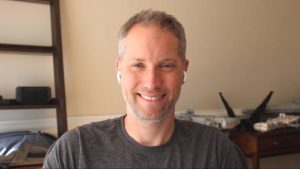 A visible proponent of the managed cloud has been Clayton Coleman (pictured) who, until recently, was Red Hat’s chief technical officer for hybrid cloud. Coleman took a new position in June as a distinguished engineer at Google LLC.

“We’re trying to continue to deliver the best experience, the best operational reliability that we can so that the choice of where to run your cloud or where you run your applications matches the decisions you’ve already made and where your future investments are. going to be,” Coleman said in an interview with the CUBE at the time of the OpenShift releases. “We want to be where customers are but also want to give you that consistency that has been the hallmark of OpenShift since the beginning.”

This quest for consistency has infused much of Red Hat’s strategic focus over the years, as it has pursued open-source innovation from the data center to the cloud and edge. Red Hat’s vision of the open hybrid cloud is guided by partnerships and technology advances, and one top executive sees this coming from the processor side. 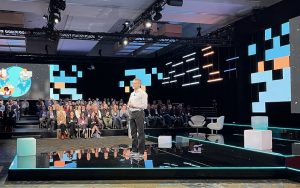 At this year’s Summit, former CEO and now Red Hat Chairman Paul Cormier (pictured) declared that the open hybrid cloud would be “defined by hardware innovation at the edge.” Cormier’s point was that innovation from processor firms such as Nvidia Corp., Arm Ltd. and Intel Corp. would play a central role in the future of open hybrid cloud. To underscore this point, senior executives from Intel and Nvidia made prominent appearances during the Summit keynote sessions in May, two months after Red Hat added support for OpenShift on Arm processors.

SiliconANGLE’s analysis of market data from Enterprise Technology Research last fall pointed to the ascendance of hybrid cloud as an enterprise information technology force. Red Hat is betting that open-source code can provide the foundation for creating systems and environments that seamlessly cross a multitude of platforms.

The company has also backed up its bet with a significant research investment. In April 2021, Red Hat announced the donation of software subscriptions valued at half a billion dollars to Boston University for open hybrid cloud research. The collaboration will focus on operations and systems research using upstream and production environment code.

“It’s really giving you that secure, flexible, fast innovation backbone for cloud-native computing,” Hicks said in an interview about open hybrid cloud in 2021. “I hope we’ll see an explosion of innovation that comes out, and I hope customers see the benefits of doing that on an open hybrid cloud model.”

Thought leaders within the Red Hat community are also looking beyond managed services and the open hybrid cloud for the next wave of innovation. Computing’s future will likely be impacted by current research in the quantum field.

Quantum computing’s potential lies in its ability to retain multiple states, a feature known as superposition. While classical computing models are based on bits with a 1 or a 0, a qubit in quantum can be 1, 0 or both. This sets the stage for a significant boost in computing power and a future tied to “quantum supremacy” as both Red Hat and IBM pursue research initiatives in this field. 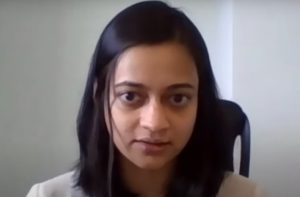 “Quantum supremacy plays a very important role in the roadmap that we’ve been working on,” said Parul Singh (pictured), senior software engineer at Red Hat, in an interview with the CUBE. Let’s say that you have any program that you run or any problem that you solve on a classical computer. A quantum computer would give you the results faster, so that’s how we define quantum supremacy.”

The cloud offers a potential platform to host quantum services. In partnership with IBM, Red Hat has demonstrated how to make quantum systems work through the use of an OpenShift 4 cluster and Qiskit, an open-source software development tool.

IBM has made quantum a significant strategic priority. The company announced plans to deliver a 4,000-plus-qubit system by 2025 and IBM CEO Arvind Krishna spent much of his press briefing during the firm’s annual conference in May describing progress toward a quantum-fueled future.

There are still challenges ahead for researchers in scaling quantum technology and bringing 4,000 qubits from a simulator to the physical core of a computer. Meanwhile, Red Hat is laying the groundwork to bridge the classical and quantum worlds and democratize the technology for wider use.

“Quantum computers are there, but it is not easily accessible for everyone to consume because it is a very new area,” Singh said. “You have a classical world and a quantum world, and that’s where a lot of thought process has been. What we are trying to do is establish best practices so you can have classical components exchanging data with quantum.”