RALEIGH, NC – Three candidates for the GOP’s Senate nomination met for a debate at Spectrum News on Wednesday.

Army combat veteran Marjorie Eastman, former Gov. Pat McCrory and former Congressman Mark Walker joined the debate, their third in the hotly contested primary. Former Congressman Ted Budd was invited but declined, as he did for the previous two debates.

Despite his absence, Budd came up frequently during the debate. He has received the endorsement of former President Donald Trump and is considered the frontrunner in the race.

“Congressman Ted Budd doesn’t want to show up and he wants a promotion?” McCrory said at the beginning of the debate. “He acts tough on the border for a TV commercial yet he’s too weak to come to Raleigh and debate opponents.”

North Carolina Sen. Richard Burr is retiring at the end of this term, leaving an open race for his seat. There’s a 50-50 split in the US Senate and the balance of power in Washington could hinge on the race in North Carolina.

If one candidate in the primary does not win more than 50% of the vote, the top two Republican candidates will go to a runoff. Former North Carolina Supreme Court Justice Cheri Beasley is the presumptive Democratic nominee.

The primary election is May 17, with early voting beginning April 28. A runoff would be held July 26.

The candidates tackled a range of subjects Wednesday evening in the debate hosted by Spectrum News 1’s Tim Boyum.

Asked what Congress can do to help with rising prices, the candidates all agreed the federal government needs to pass a balanced budget.

“We need to balance the budget,” Eastman said. “It is reckless spending that the Biden Democrats are doing right now and that is the biggest problem.”

“We know that our ideas of free market, less regulation, less taxes, these ideas are what unleash our economy and they make the American dream possible,” she said.

She also said the economy and national security are connected with the Russian invasion in Ukraine. “We saw our gas prices go up as soon as Russia rolled into Ukraine,” Eastman said.

“I am the last member of Congress to negotiate and get a balanced budget amendment to the US House floor,” he said.

“The Biden administration does not understand basic economics 101, they’re flooding trillions of dollars into our economy, has spiked 8.5% inflation,” he said.

McCrory spoke about his experience as North Carolina governor.

“Let’s do what I did as governor. I led the Carolina comeback when North Carolina was the fourth highest unemployment in the country, that I inherited along with a $ 2.2 billion debt, ”he said.

“I quit giving away free money, and that’s what we’ve got to do in Washington DC,” he said.

Walker said he does not support blanket debt forgiveness, but would support programs for people to get loan forgiveness by serving in the military or as teachers.

“We do have some of those programs already where the debt forgiveness, I believe three years in certain schools or certain communities, some of that debt is forgiven,” Walker said. 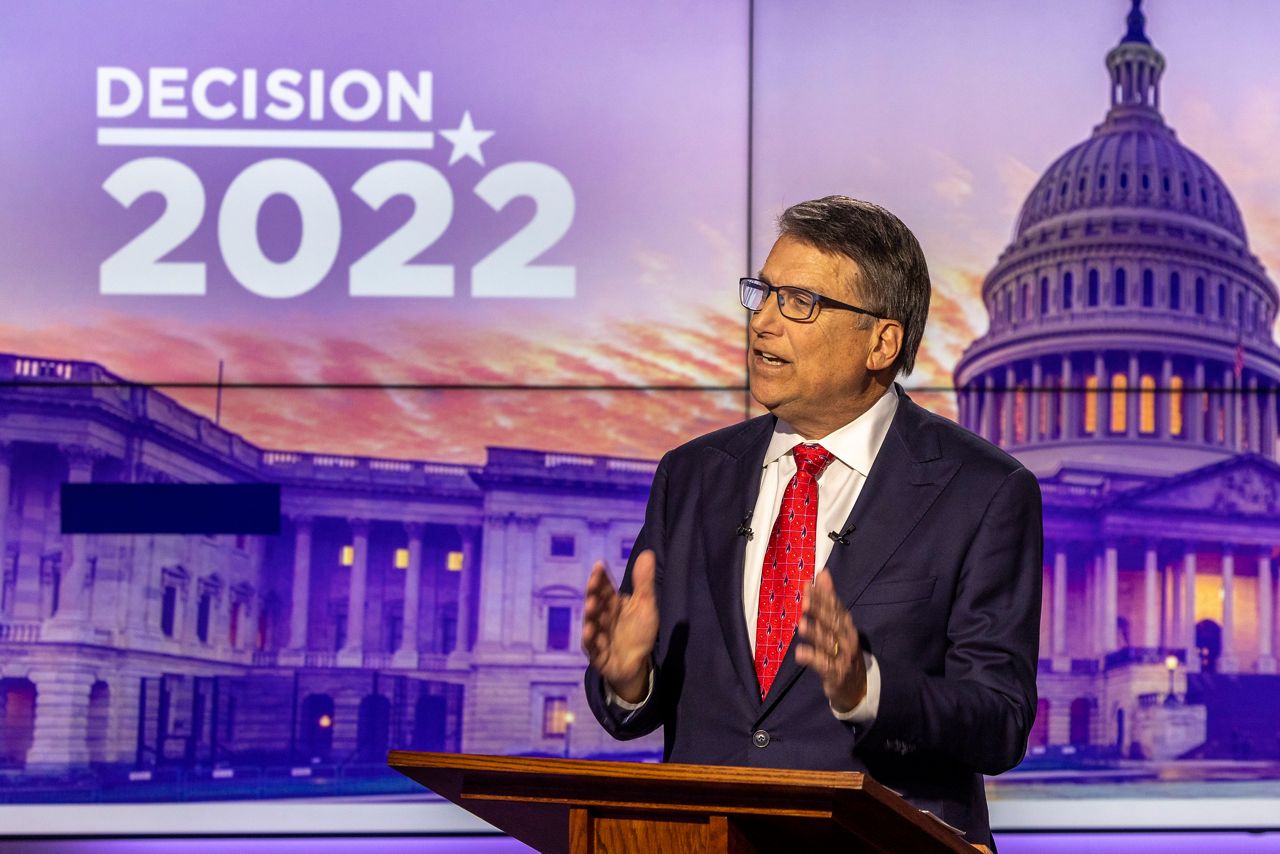 “It’s not fair to other college students who paid their debt and it’s not fair to people who didn’t go to college. They shouldn’t have to pay your debt, ”McCrory said. “Quit giving away free money.”

“It’s not free money, it’s taxpayer money,” Eastman said. “We should not be giving taxpayer hard-earned money to college students who cannot repay their loans.”

Eastman said she supports programs like Teach for America, where college graduates can get some of their debt forgiven for working in low-income school districts.

Addressing a question about the US role in Ukraine, all three candidates said they support Ukrainians in the war with Russia. They all also agreed that the United States should not send troops into Ukraine.

Walker talked up his foreign policy experience in Congress while Eastman spoke of her time as a soldier with combat experience in Afghanistan.

“I think we need to provide every bit of lethal aid that we can to President Zelenskyy and the Ukrainian leaders, but I am not going to go as far as saying it’s time to send boots on the ground,” Walker said. 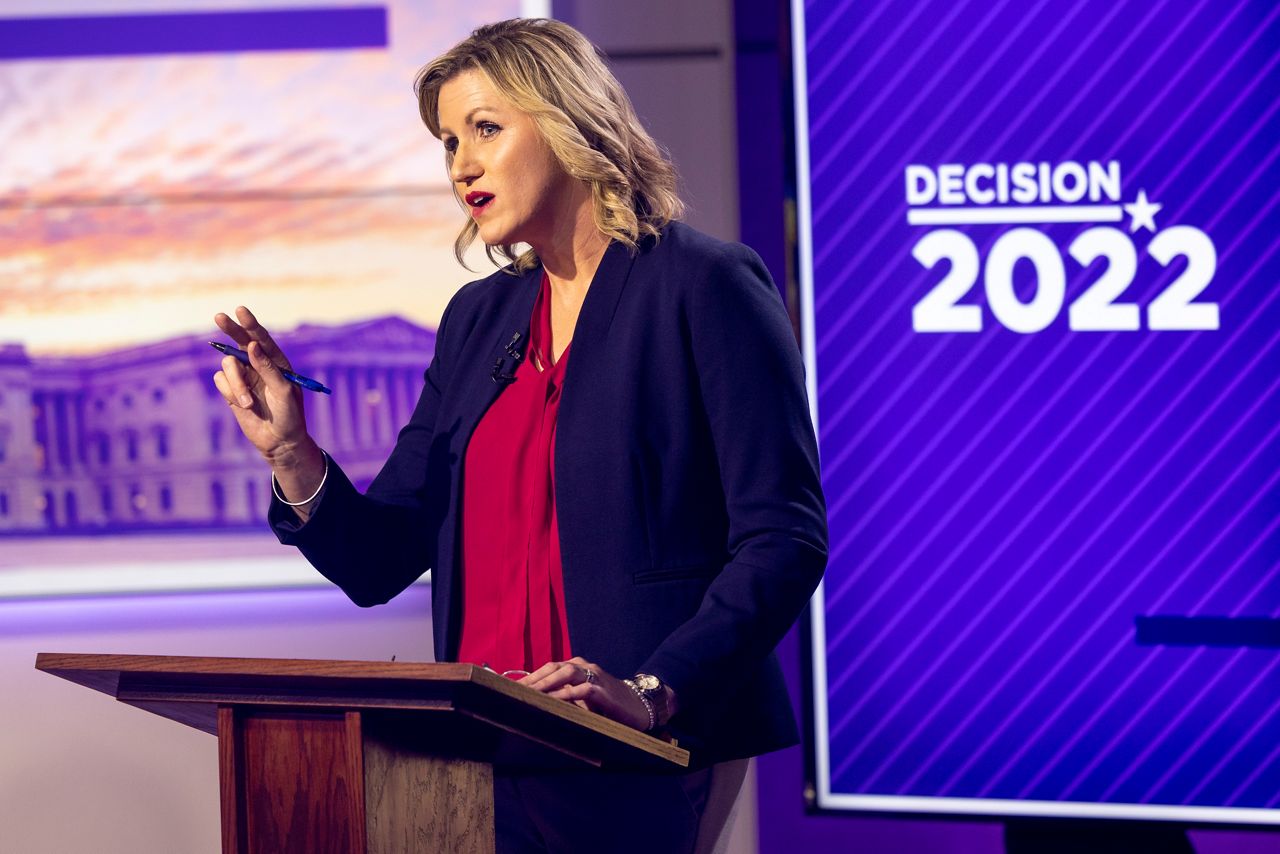 “It’s got to be NATO speaking as one, not just the United States. It’s a NATO issue, a Western Europe problem, a worldwide problem, in which we cannot let this country fall, “McCrory said.

The former governor said that the United States may have to at least give air support to Ukraine if Russia uses carpet bombing or chemical or nuclear weapons.

Eastman also emphasized the partnership with NATO and noted her service in Afghanistan with NATO partners.

“Right now what’s just absolutely grabbing all of our hearts is just watching the people of Ukraine, and they have reminded America, the ordinary citizen is the true hero of democracy,” she said.

She also called for the United States to reopen the embassy in the Ukrainian capital Kyiv.

Asked what they would do about immigration and border security, the three candidates said they would complete the wall on the Mexican border.

“If any part of our border is safe, including the airport here in Raleigh or the Charlotte Douglas International airport, can you imagine if you just opened up customs and let people come through?” he asked. “There would be an uproar.”

“But for some reason it’s acceptable to have an open border in Mexico,” he said.

Eastman said the federal government needs to finish the wall on the border, but also add more technology to help find people trying to cross the border.

“The wall is not enough, we have to make sure we had the advanced technologies that are supporting that mission,” she said.

She also said the government should keep the “remain in Mexico” policy and improve immigration policies.

Walker said beyond finishing the wall and continuing the “remain in Mexico” policy, the United States needs better rules to allow legal immigration.

“We take in about a million legal immigrants that come the right way, that follow the law, that raise their right hand, that become as much American as you and I are,” Walker said. “We want to protect that, we want to be the country of immigrants.”

Asked about election integrity and security, all three candidates said they did not think the 2020 presidential election was stolen.

Both Eastman and McCrory agreed with the former congressman on voter ID. North Carolina’s voter ID law passed during McCrory’s administration but has since been blocked by the courts.

“We know that President Biden is duly elected,” Eastman said. “When you think about this question, if our election was stolen, for anyone that’s worried and concerned about that: We need to worry about an election that’s being bought.”

Eastman and McCrory pointed to the outside money being spent in the primary race by the Club for Growth and other organizations supporting Budd.

“I do not believe it was stolen. I don’t think any election is completely fair, “McCrory said. “Is it fair that Ted Budd has a group from outside North Carolina spending $ 15 million on negative ads against me. Is that fair? ”

The candidates each criticized the teaching of critical race theory. The conversation also veered into teaching kids about gender, another hot-button issue.

“We’re taking the innocence away from these young kids,” McCrory said. “This cannot be allowed. CRT is wrong, teaching first and second graders sexuality is wrong. ”

On teaching about sexuality, Eastman said, “Parents deserve to have a voice, because we’re talking about little children. They believe in Santa Claus. ”

“The books and literature that are being introduced at different ages, even though sometimes contextualized under ‘optional,’ does promote this critical race theory, that you are separated by your race,” Walker said. “Those books are in the schools.”